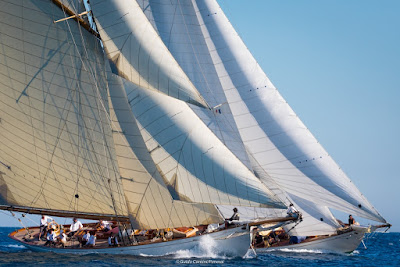 The 41st edition of the Régates Royales de Cannes is scheduled for next September, from 21 through 28. The city of Cannes and the Yacht Club de Cannes (the event organizer) will be welcoming once again the world’s best classic yachts in the stunning bay of the Côte d’Azur.


A few days ago Panerai, title sponsor of the Mediterranean circuit has announced its intention to cease its sponsorship. The Yacht Club de Cannes and its president Jean-Pierre Champion confirmed that the Régates Royales will take place regularly as it happened over the last 40 years, and will be welcoming all the crews on the Côte d’Azur, on the last week of September 2019.

A new page in the history of the Régates Royales de Cannes will be written next year, with the usual passion and an exceptional line-up, with no less than 200 boats expected to be present.