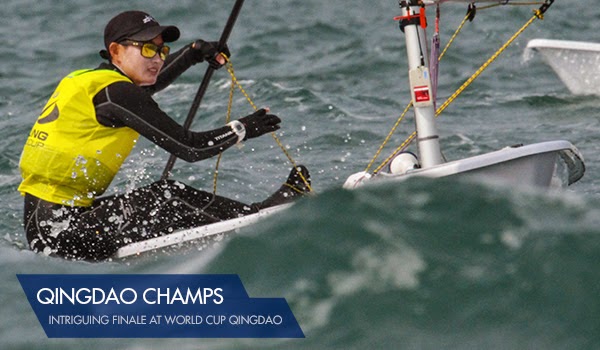 ISAF Sailing World Cup Qingdao concluded over the weekend with an exciting finale across all six events that competed at the venue of the Beijing 2008 Olympic Sailing Competition. The stakes were high with Qingdao medals on the line, a share of the prize money and invitation places for the ISAF Sailing World Cup Final set to be held at the end of November in Abu Dhabi, United Arab Emirates up for grabs.   We look back on Qingdao in this week’s edition of World Sailing News with the event wrap up and video highlights of each class.


Qingdao hosted the Beijing 2008 Olympic Sailing Competition and in six years the venue has changed as it fulfils its Olympic legacy. We take a look at the legacy and showcase it in its full effect with a video and written feature that can be found below. It’s fascinating to see the legacy first-hand but we let some of the sailors who competed at Beijing 2008 explain how things have changed.

Following Qingdao we have the latest ISAF World Sailing Rankings which sees some changes across the fleets. We also have updates from the Rolex Middle Sea Race, Rolex Farr 40 World Championship, Women’s International Match Race Series and Sunfish Worlds. (www.sailing.org)