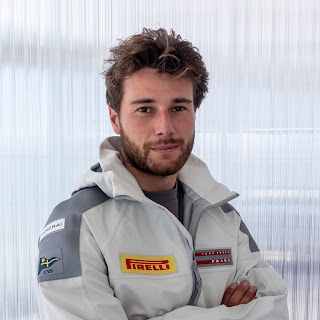 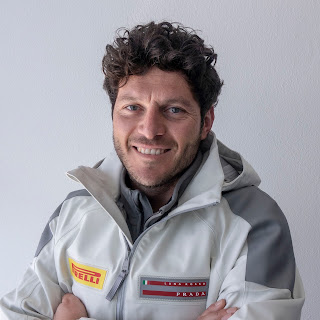 
Ruggero Tita, New Generation Team Luna Rossa Prada Pirelli.
"My sailing experience is unusual because I started my sporting career as a competitive skier.  Given the large number of lakes in my native region, Trentino, I wanted to test myself also on the water.”   "I have always had two dreams: to participate in the Olympic Games and in the America's Cup. I am very happy because life is now giving me the opportunity to be selected for the 2020 Tokyo Olympics and be part of the Team Luna Rossa Prada Pirelli New Generation program, preparing for the challenge to the 36th America’s Cup.”

Romano Battisti, 33 years old, rower from Priverno (LT), is the winner of the silver medal in the 2012 London Olympics and of a fourth place, paired with Francesco Fossi, in Rio 2016; he is also winner of the bronze medal in the quad scull at the 2017 Europeans of Račice.
"I've always been a big fan of all water sports and I have wonderful memories of nights spent watching the America's Cup on TV with my father.”

"Defending the Luna Rossa colours is a bit like defending those of Italy because I believe this team is an excellence of our country, with a worldwide recognition.   "I was greatly inspired by the professional career of my friend Davide Tizzano Following his great success in rowing, he moved on to sailing and contributed significantly to the victory of the Moro di Venezia in the 1992 Luis Vuitton Cup."

Max Sirena, Team Director and Skipper of the Luna Rossa Prada Pirelli Team.
"I am very pleased with the arrival of Ruggero and Romano at the Base and I am sure they will be a great asset for our sailing team.  Also, my sincere thanks go to the FiammeGialle Group for making their athletes available for this important Italian challenge to the 36th America’s Cup."