Gold for Fletcher-Bithell at a history-making 49er Worlds 2017 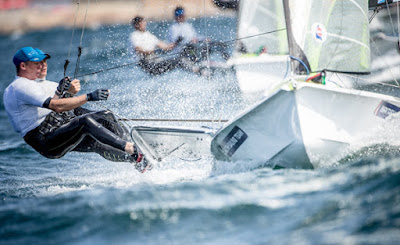 World number one ranked pair Dylan Fletcher and Stuart Bithell won gold in a history-making feat at the 49er World Championships which drew to a close on Saturday (2 September) in Porto, Portugal.   In a week of extremes which saw the first two days hampered by light winds and fog, and the penultimate day fraught with too much breeze, the final day’s theatre style racing was replaced by four final gold fleet races for the 49ers.