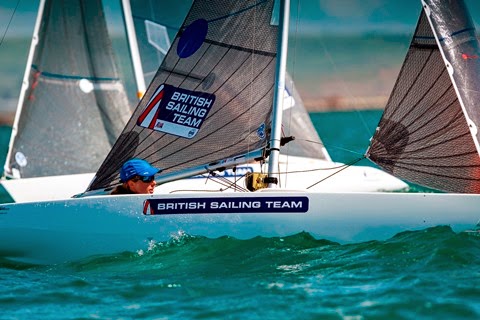 Paralympic Champion Helena Lucas has added another World Championship medal to her trophy cabinet after picking up bronze at the 2.4mR Open Worlds in Toronto, Canada.   The 39-year-old, who claimed silver in August’s IFDS Disabled Sailing World Championships in Halifax, Canada, also made the podium at the Open Worlds for the one-person keelboat, which saw 35 able-bodied and disabled sailors racing together on Lake Ontario.   The London 2012 gold medallist admitted that she didn’t have the best of starts to her title chase in Toronto, but a strong second half of the week saw her pull through to the podium.

Sweden’s Stellan Berlin took his eighth 2.4mR Open World Championship crown, while Norway’s Bjornar Erikstad was the top-placed disabled sailor, taking the overall silver medal to Lucas’s bronze.
“It’s great to get another medal at the World Championships, and it’s really pleasing to have done that at both the IFDS and the Open Worlds this year and shown consistency at the major events,” explained Lucas.
“It was a pretty short, intense event with 11 races held across four days.  It’s fair to say I had a bit of a slow start but thankfully a strong finish and quite an interesting final day due to the second race discard coming in – it made it quite complicated to figure out the points to know what I had to do!
“I was in silver medal position until the last run of the last race when Bjornar just got the better of me, so it is a little bit frustrating in that sense,” continued Lucas.
“Although it’s great to get a podium result at any World Championship, it does feel like I’ve slightly missed out at the last two so I’m looking forward to trying to put that right next time!”
The British Sailing Team’s Megan Pascoe, who finished third at the 2013 Open Worlds in Poole, placed fifth at the Canadian event, with Podium Potential squad sailor Will Street finishing 12th in the 35-boat fleet.   (www.rya.org.uk)