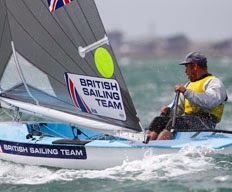 
The first of the three-weekend events will be held from 8-9 March at the Weymouth and Portland National Sailing Academy (WPNSA), and will see racing in the Finn, 470 Men and Women, 49er, 49erFX, RSX 9.5 men, RS:X 8.5 open and the three Paralympic classes, the 2.4mR, SKUD and Sonar.
The second instalment of the Spring Series will also take place on the Olympic and Paralympic waters in Weymouth and Portland from 12-13 April with the Series finale being hosted by Hayling Island Sailing Club (HISC) on the 3-4 May.
Barrie Edgington, British Sailing Team Podium Potential Squad Manager, commented: “The RYA Olympic Classes Spring Series provides a unique opportunity for Britain’s budding Olympians and Paralympians to race on world class courses with first class race management. The event gives young sailors the experience of racing in Olympic classes against their peers and against a number of top sailors from the British Sailing Team’s Podium and Podium Potential programmes.”
“WPNSA and HISC are fantastic sailing venues and will provide competitors with a highly competitive and exciting racing environment across the three weekends of racing. It is the perfect chance to brush of those winter cobwebs and for sailors to win grants worth thousands of pounds towards ISAF World Cup and Olympic and Paralympic Classes Championships.”
Edgington concluded: “The first event of the Series is always a popular and exciting start to the season and I would therefore urge any interested sailors to get there entries in early and to make the most of the early bird prices.”
The Notice of Race can be found in the recently published 2014 RYA Olympic Classes Handbook, which is available from the Crew Room section of the British Sailing Team website.
The 2014 Handbook also includes regatta details for all Olympic and Paralympic Classes, grant eligibility for both squad and non-squad sailors, and squad selection criteria for the British Sailing Team.
Entries are now being accepted online for both WPNSA weekends at RYA Racing Events website with early bird prices available if you enter online by Monday 3rd March for the first weekend and Monday 7th April for the second weekend. For the Hayling Island Sailing Club event, entries will be taken at registration.
For the latest news from the British Sailing Team visit www.britishsailingteam.com, like us on Facebook or follow us on Twitter @BritishSailing.(www.rya.org.uk)