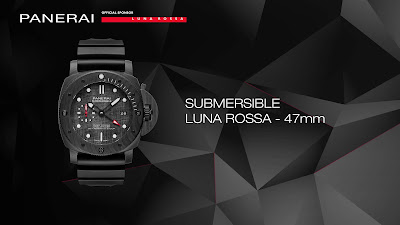 An exciting new Italian story associated with the sea, with excellence and with technical innovation is taking place thanks to the partnership between Panerai and Luna Rossa, Challenger of Record of the 36th edition of the America’s Cup.
The agreement provides that Panerai will be the Official Sponsor of Luna Rossa. Panerai will create a series of watches directly inspired by the technologies and materials used in the America’s Cup, which is the oldest sports competition in the modern world, but also one of the more advanced in terms of research and innovation.

The new Panerai Luna Rossa watches, perfect instruments for life at sea, will be worn by the members of the Luna Rossa Sailing Team headed by Massimiliano “Max” Sirena - who has already won the America’s Cup twice - and by many sailing enthusiasts who are eagerly awaiting the America’s Cup World Series, the preliminary races which will precede the final in New Zealand in 2021.