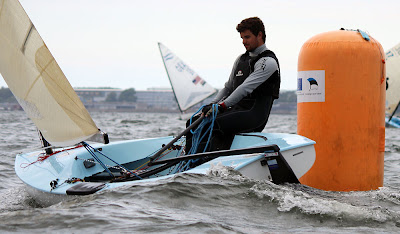 Jorge Zarif (BRA) is within a whisker of winning the 2013 Finn Gold Cup after an outstanding performance on Friday, including winning the first race of the day. Ed Wright (GBR) moves up to second with Jonathan Lobert (FRA) in third. The other two races were won by Wright and Pieter-Jan Postma (NED), who climbs to fourth. Only the medal race and the final race are left.